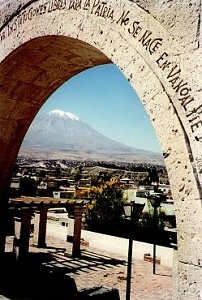 Arequipa, the second largest city in Peru, located at the foot of the Misti volcano (5500 m), is known as the «white city». The name comes from the sillar, the white rock of volcanic origin that is common in the area and was used in the construction of many of the city's important structures. Its white color defines the city's appearance.

The pleasant climate, coupled with the beauties of the city and the surrounding area with the towering volcano Misti, as well as the excellent typical dishes (stuffed rocoto, cuy and a variety of soups) guarantee a pleasant stay in Arequipa. 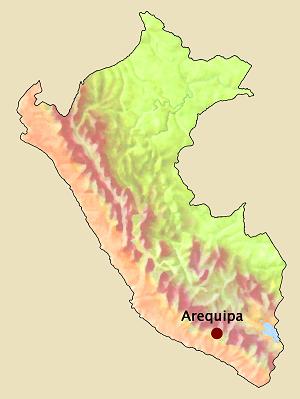